All the alpacas are ready and waiting for a visit from Father Christmas and to see his reindeer. 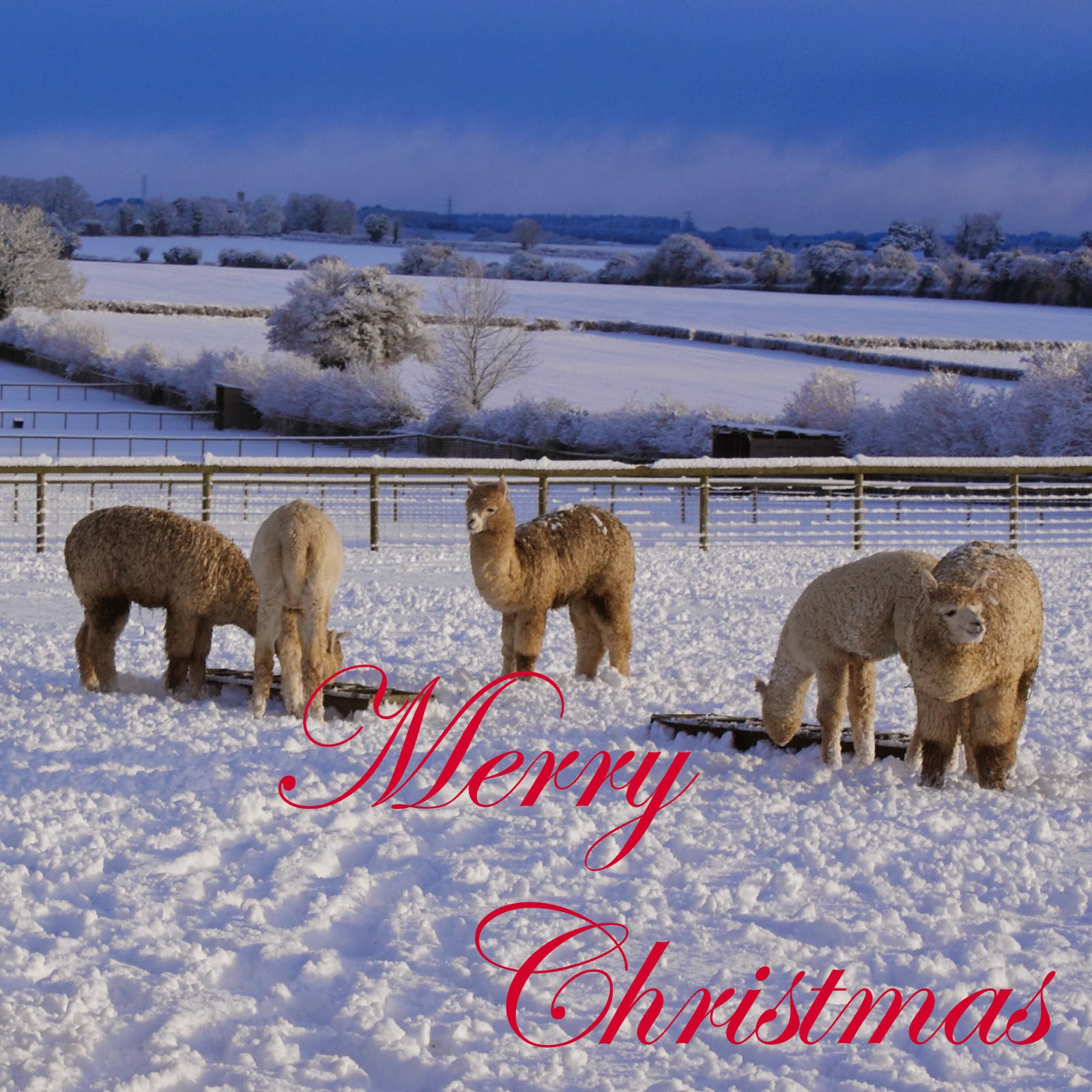 Merry Christmas to you all.
There is no snow here yet, maybe next year !

Hi, this blog post is alpaca based, by way of a change.

During the summer we took a small team of boys to two shows, Ellingham and Romsey.

Ellingham Show was the inaugral event, it was great fun, three firsts and a second for our team of four boys.

Romsey Show, our boys had got soaked the night before, we considered not taking them, but decided to give them a go at drying out in time, as two of them were white so would go into the ring late on. The Shaman has such a dense fleece he stayed well and truly wet, and could not be judged properly in his class.

Our major triumph at both shows was in the young white class, with Cherwell Leys Charnwood Izaak.

At the Ellingham Show judge Liz Barlow commented that he was the best alpaca fleece there that day, just not grown up enough in stature to be taken further than first place.

At the Romsey Show, judge Nick Harrington-Smith commented that he was head and shoulders above the other boys in his class, another first place. He has excellent fleece characteristics so far and is growing well.

Looking forward to what next year will bring.

Izaak was one of Woody's first offspring, we have had more cria this summer, boys and girls this time. 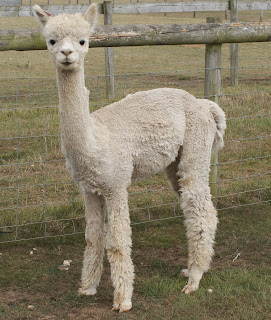 This is a picture of Izaak shortly after shearing he is such a poppet.

Kathy
Posted by Unknown at 16:21 No comments:

Still no alpacas, but another Waltzingmouse Fanatics Card Challenge.

This time a sketch card 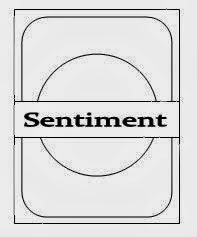 Using Waltzingmouse Stamps. As soon as I saw the sketch I had the large round Folk Art Stamp in mind. 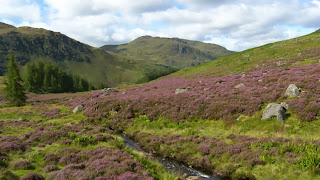 My Card is a Birthday Card using Folk Art Medallion and Folk Art Label 25 stamps
stamped with plum, green and natural shades of ink on a cream card background, with a border of muted gold. Tied with bakers twine. Hope that you like it. 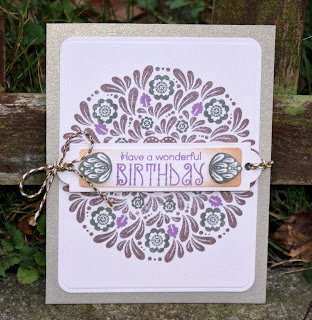 Thank you for visiting.

Hope that you have a craft filled day 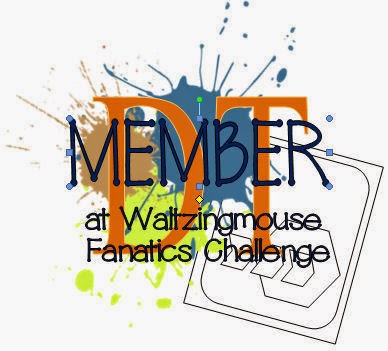 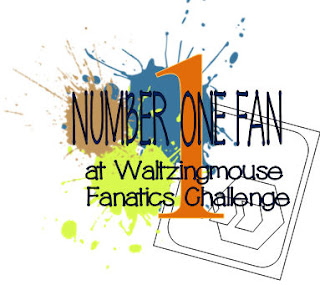 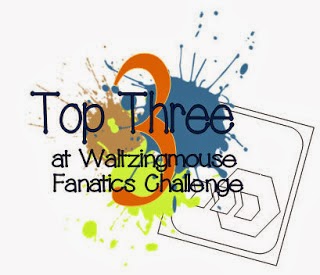